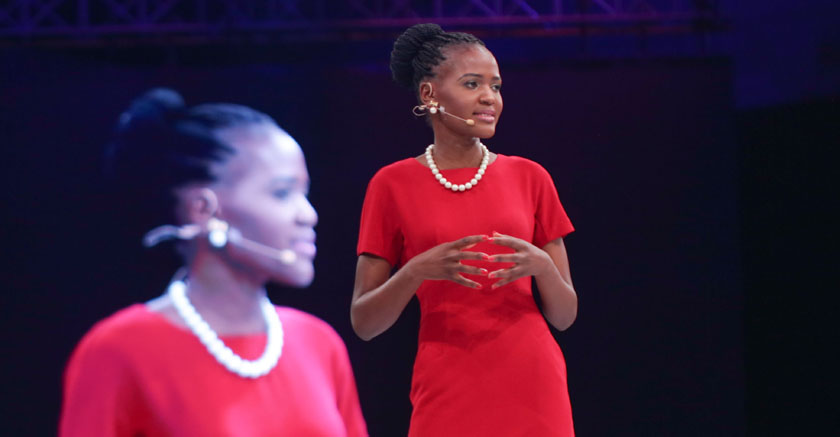 Vivian Onano, a world renowned humanitarian and youth activist, has been a warrior all her life. As a young girl growing up in a small town in rural Kenya rife with child marriage and poverty, she challenged herself to defy all odds. Today, Onano is a vocal and respected global youth activist, championing the cause of education for girls and women living in the direst of circumstances.

In May 2015, Vivian addressed the United Nations General Assembly in New York and delivered a powerful keynote speech to an audience consisting of representatives from all member states of UNGA as well as the then UN Secretary General Ban Ki-moon. She used the colossal platform to lend her voice to issuing a global call for investment in a quality education for girls. As she explained, this investment is not only an effective tool to eradicate gender inequality but is also a smart societal investment that is bound to ensure national prosperity.

In the four years since, Vivian Onano has collected an impressive list of accolades including a 2016 Forbes profile entitled ‘One to watch’,  a 2016 feature on the New African Woman Magazine entitled ‘30 under 30: Faces Changing Africa Now’ and a prestigious award from former American first lady Michelle Obama’s “Let Girls Learn” initiative by MORE Magazine. Her relentless campaigning for educating women and girls has made her a common name in human rights advocacy circles. Apart from her United Nations General Assembly address, she has also spoken at ‘Women Deliver Global Conference’, World Innovation Summit for Education (WISE) and the Clinton Global Initiative among others.

Education is the Key to Equality

Vivian’s strong commitment towards economic empowerment of women through education and youth-based leadership drive her life and work. In an interview with Global Citizen, Vivian had the following to say about the significance of education as a cornerstone of an intelligent society.

“Education is the basic foundation to a successful society. With education, you’re informed, you’re aware, you know your rights, you have the information and you know the role you can play in a society, but if you’re not educated, you’re kept in darkness. You don’t know your civic rights to vote, what kind of a leader you can elect, who can represent you, you don’t know the economic opportunities that are out there for you to explore and economically empower yourself.”

The United Nation’s Sustainable Development Goals 4 & 5 for 2030 are perfectly aligned with Onano’s vision. UNESCO’s 6th gender review report, issued in 2018, provides a grim picture of the discrepancy between male and female leadership that widely permeates the education sector across national boundaries. It further concludes that as inequality in education is expunged, it will translate into other spheres of life such as workforce, healthcare and government representation. Vivian Onano’s personal story is in itself a powerful testament to the effects that quality education can have in transforming lives. From struggling to pay for primary school to being a commencement speaker at her own alma mater Carthage College, her journey is remarkable. She is unapologetic in demanding real action that goes beyond just words to create a society which provides women the same dignity and opportunities as men.

Vivian has a vision for a world which is inclusive and she is ready to fight for it. She is the hero we need.

Join the Conversation with Vivian Onano

Hear more from Vivian Onano on this topic at the upcoming Commonwealth Centre for Connected Learning (3CL) Conference on Post-truth Society in Valletta, Malta, 10-11 October. The conference is one of the few forums dedicated to encouraging discussion and formulating responses to deal with the relentless erosion of trust. It offers participants an inter-disciplinary platform to engage in exploring four interconnected sectors – Technology, Media, Education and Government – and to assess their roles both as solutions or contributors to the Post-truth society.

Join Us, Vivian Onano and other keynote speakers – RESERVE YOUR PLACE >>