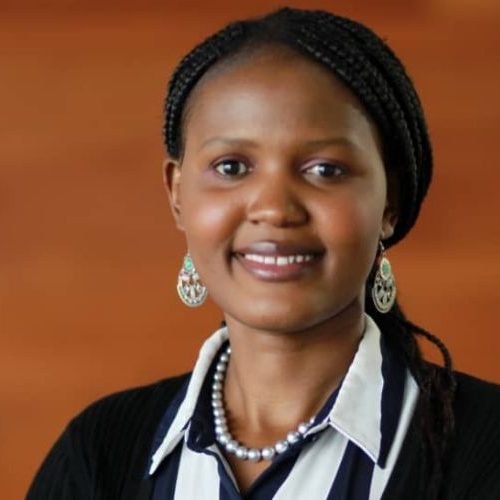 Vivian Onano is a social entrepreneur and seasoned humanitarian who is recognized as an emerging woman leader with the courage to lead change on the African continent. She has a strong commitment to education, women economic empowerment, and leadership. Vivian has a deep interest in re-defining Africa’s growth and development, and creating an inclusive world where women and youth can play an important role.

She is a graduate of Carthage College and a strategic development consultant on education, youth empowerment and employment, and women economic empowerment. Vivian is a youth advisor to Global Education Monitoring Report, UNESCO and the Founder/Director at Leading Light Initiative.

New African Woman Magazine featured her in 2016 as one of the “30 under 30: Faces Changing Africa Now” and Forbes Woman Africa profiled her as “One to Watch”. Vivian is a recipient of the 2017 New African Woman on the Rise Award and 2016 MTV “Africa Re-Imagined” Award.

In 2015 she was honored with Mrs. Obama’s “Let Girls Learn” award by MORE Magazine for her advocacy work on girls’ education. Vivian is a respected speaker who often speaks on global education, gender equality, youth empowerment, and international development. She has presented at the United Nations General Assembly, World Innovation Summit for Education, The Global Education and Skills Forum, Concordia Summit and the Clinton Global Initiative, among others.

All Sessions by Vivian Onano