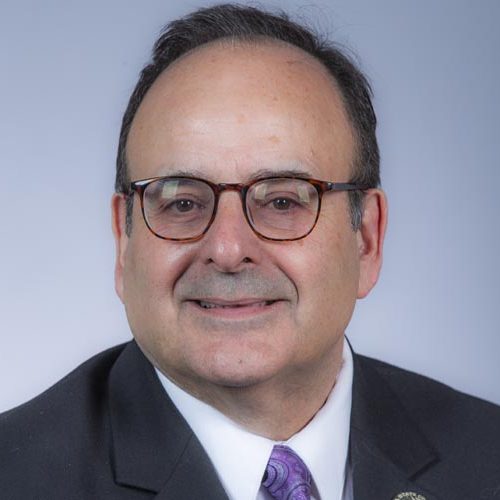 Michael Bugeja, distinguished professor of liberal arts and sciences, teaches media ethics and technology and social change at the Greenlee School of Journalism and Communication, Iowa State University of Science and Technology. He is a dual citizen of Malta and the United States.

He began his journalism career at United Press International and broke several investigative stories, including an initial report that the U.S.-government mandated swine flu inoculation program of 1976 caused partial paralysis (Guillain-Barré syndrome). At 26, he became one of the youngest bureau chiefs in UPI’s history.

From there he became media adviser for the student-run O’Collegian newspaper at Oklahoma State University. He also was tenured and promoted to associate professor at OSU. He then taught media ethics for 17 years at the E.W. Scripps School of Journalism at Ohio University, where he was promoted at age 38 to professor, later serving as assistant to the President and Scripps associate director. He came to Iowa State in 2003 as director of the Greenlee School and served 14 years, earning college and university top administrator awards and the 2015 Scripps Howard Administrator of the Year Award. That year he was elected to the Accrediting Council for Education in Journalism and Mass Communications. The Iowa Newspaper Association honored him in 2017 with the Distinguished Service Award.

Dr. Bugeja’s research has been published in Journalism Quarterly, Journalism and Mass Communication Educator, Journalism Educator, Journal of Mass Media Ethics, New Media and Society, Journal of Communication, American Journalism, American Communication Journal, and other scholarly publications. He was among the first scholars to criticize Facebook in January 2006 with the publication “Facing the Facebook” in the Chronicle of Higher Education, cited more than 280 times according to Google Scholar, which ranks him third with 1158 citations in media ethics/technology and social change. His 2007 investigative articles about the use of Second Life virtual reality in college campuses—“Second Thoughts About Second Life” and “Second Life Revisited”—prompted several institutions to reconsider that platform because of exposure to inappropriate avatars and content. His co-authored book with Daniela Dimitrova, Vanishing Act: The Erosion of Online Footnotes and Implications for Scholarship in the Digital Age (2010), was among the first scholarly works to chronicle linkrot, or how footnotes based on URLs disappear in peer reviewed journals, jeopardizing the scientific method. Drs. Bugeja and Dimitrova recommended digital object identifiers as the solution, currently in use.

He also has published 24 books across genres, including three books by Oxford University Press: Interpersonal Divide: Searching for Community in a Technological Age; Interpersonal Divide in the Age of the Machine; and Living Ethics Across Media Platforms. He has twice won the distinguished Clifford Christians Award for Research in Media Ethics. His latest work is Living Media Ethics: Across Platforms, Routledge/Taylor & Francis, 2019.

In 2019, Dr. Bugeja received Iowa State’s highest academic title of distinguished professor for his contributions to media ethics and technology. Of the more than 225 faculty members to receive this title since 1956, fewer than 10 have been so named in the humanities.

Michael Bugeja is joining us virtually and kindly contributing a paper authored specifically for the Post-truth conference.