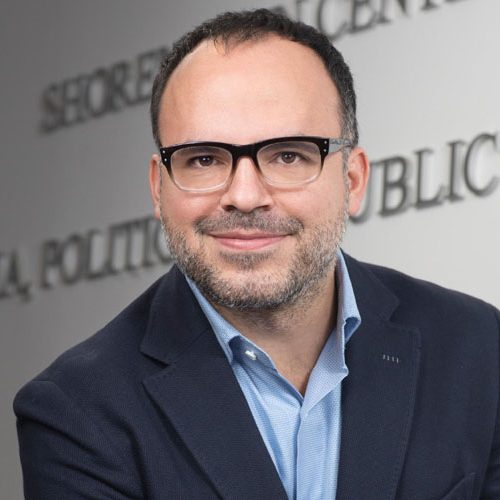 Hossein Derakhshan is an Iranian-Canadian writer and media researcher, and a pioneer of blogging and tech journalism in Iran. He is a research associate at the MIT Media Lab and was previously a research fellow at Harvard Kennedy School’s Shorenstein Center. He recently co-authored the report Information Disorder, commissioned by the Council of Europe.

He spent six years in prison in Iran from 2008, which inspired an essay on the demise of blogs and “The Web We Have to Save” (Matter, 2015). His current research is focused on the future of journalism, the politics of the platforms, and on ‘fake news’ and information disorder.. His writings have appeared in The New York Times, The Guardian, MIT Technology Review, Wired, Libération, Die Zeit, and Corriere Della Sera.

Read our blog post introducing Derakhshan and his research on the future of journalism and the theory and socio-political implications of digital and social media.

All Sessions by Hossein Derakhshan