Hossein Derakhshan on Fake News and Beyond 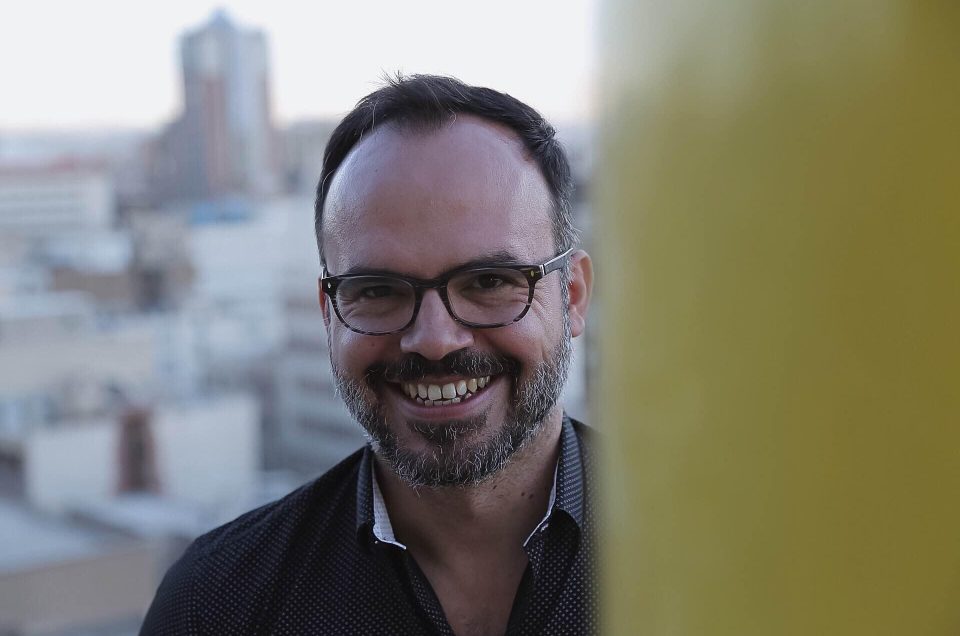 Hossein Derakhshan has been aptly nicknamed ‘Blogfather’ in his native Tehran for ushering in a new wave of blogging, podcasting and ground-breaking journalism where internet censorship and suppression of dissent has long been rampant. After spending six years in prison from 2008 to 2014 for his blogging activities, Derakhshan forayed back into the playing field and wrote his first blog in almost seven years for Matter magazine (now Medium) titled ‘The Web we have to save’. One of the most significant quotes from the article is as relevant today as it was in 2015:

“The web was not envisioned as a form of television when it was invented. But, like it or not, it is rapidly resembling TV: linear, passive, programmed and inward-looking”.

Derakhshan’s television analogy makes absolute sense when we realise how addicted we have become to a stream of information (mostly from social media platforms which are now actively ‘curating’ news) with the only objective of keeping us entertained. Today, when nobody dares to be bored, the fix is easy: we can just switch from one channel to another, just as do while watching TV.

In his TEDx talk in 2016, Derakhshan reiterated his opinion on what he considers the downfall of one of the biggest achievements of humanity: the decentralised internet empowered by hyperlinks. Social networks on the other hand, have mostly found ways to minimise the once flourishing hyperlinks and created closed centralised platforms. These platforms make things worse by revolving around two dominating values ‘newness’ and ‘popularity’, designed via complex algorithms, in turn giving us access to information based on what is ‘new and popular’.

In September 2017, Hossein Derakhshan co-wrote a European Council report titled ‘Information disorder: Toward an interdisciplinary framework for research and policy making’ with Claire Wardle of First Draft. The report is an excellent analysis of information warfare that has increasingly ingratiated itself in our daily lives, whether it is among states or between the public and the state. Segregating bad information into three distinct challenging areas (Image below) aids the understanding of different methods that can be employed to tackle them head on. 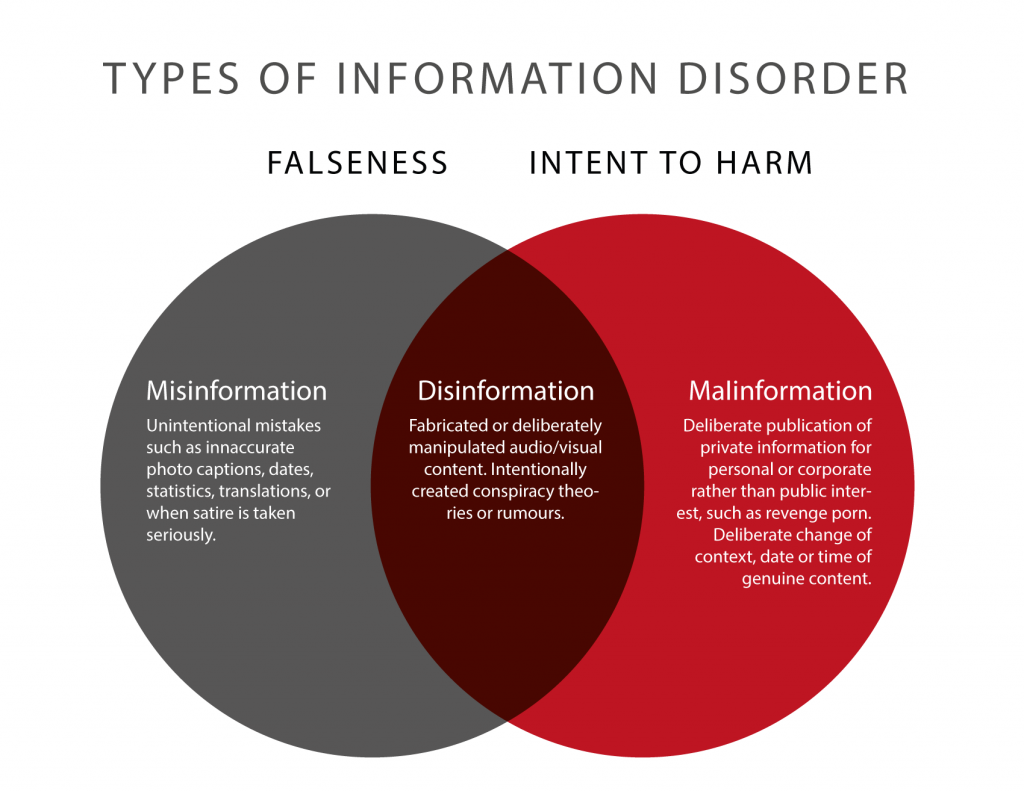 We have all come across all three types of bad information in different ways and forms over the last few years, most recently with Deepfakes circulating all over the internet. According to a recent survey conducted among almost a thousand American internet users by the London based web hosting guide Who is Hosting this, 89% of the respondents believed that Deepfakes cause more harm than good. However, almost 48% believed that nobody could make deepfake content about them. The reality as we know, is quite different; there are certain controversial apps available to create such content. George Orwell’s classic ‘1984’ in its dystopian plot introduced the term ‘Newspeak’, a fictional language created by the antagonist totalitarian government to control and change the way people think. Today, more than 70 years after the book was first published, the idea of ‘Newspeak’ seems closer to reality than fiction. In fact, the way thought conditioning takes place today is more intrusive and underhanded than it was in 1984. Its control lies not just with power hungry government regimes but a new league of oppugnancy comprising the fifth estate and those controlling it via complicated algorithms. An unattributed quote plays right into this space ‘Today it is possible to prove and at the same time disprove anything on the internet’.

Perhaps inspired by his personal experience with obstruction of creative expression, Derakhshan is actively raising awareness about the harm that occurs when journalism and journalists are publicly degraded by people in positions of power. Drawing inspiration from the work of late media scholar James W. Carey, he has noted that danger to journalism often translates into danger to democracy.

Derakhshan’s current research focuses on the future of journalism and  on the theory and socio-political implications of digital and social media. His writings have appeared in The New York Times, The Guardian, MIT Technology Review, Wired,  Libération, Die Zeit, and Corriere Della Sera. Watch his 2016 TEDx talk below.

Join the Conversation with Hossein Derakhshan

Hear more from Hossein Derakhshan on this topic at the upcoming Commonwealth Centre for Connected Learning (3CL) conference on Post-truth Society in Valletta, Malta, 10-11 October. The conference is one of the few forums dedicated to encouraging discussion and formulating responses to deal with the relentless erosion of trust. It offers participants an inter-disciplinary platform to engage in exploring four interconnected sectors – Technology, Media, Education and Government – and to assess their roles both as solutions or contributors to the Post-truth society.

Join Us, Hossein Derakhshan and other keynote speakers – RESERVE YOUR PLACE >>

Hossein Derakhshan on Fake News and Beyond