Blockchain to Mitigate the ‘Death of the Internet’? 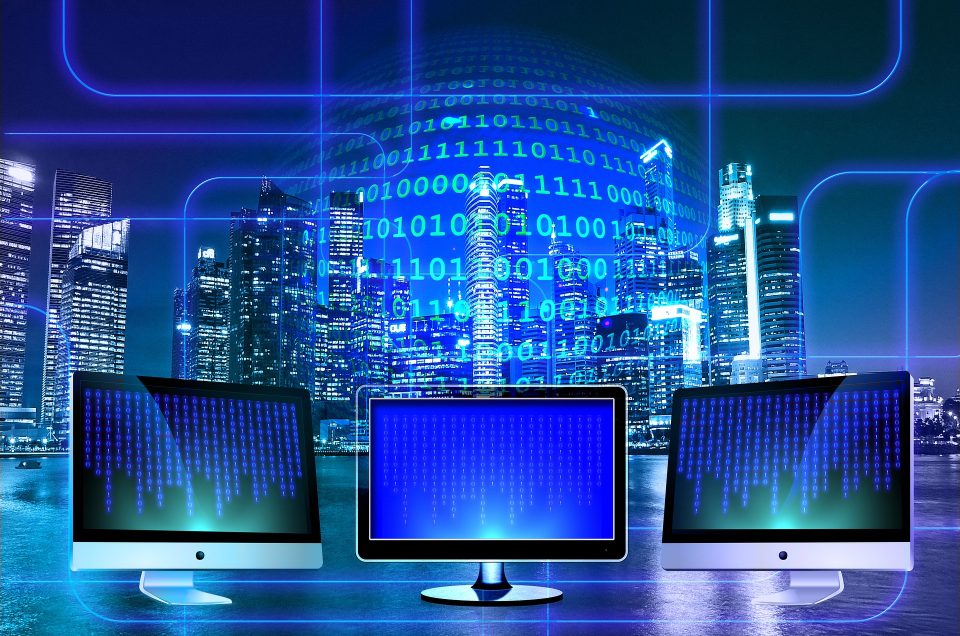 It is almost unfathomable in our current era when predictions of the ‘death of the internet’ are rife to remember that the ’90s bore witness to one of the most astounding shifts in digital connectivity. The meteoric rise of the World Wide Web changed the course of human history and brought forth a ubiquitous tool that everyone could use. In its early years, internet was to small businesses, the same as the steam engine was to the industrial revolution, a beacon of endless possibility. As more and more people got online, these businesses grew proportionally.

As we entered the 21st century, the internet worked its magic once again, giving birth to Internet 2.0 – also known as the Social Web. The social web added a new dimension to the meaning of a global community, one bound by similar interests and unfazed by geographical locations.

However, the years that followed saw the transformation of the internet from a tool for mass empowerment into a commercial data-mining machine with little regard for its patrons. Data has become the new currency and it no longer belongs to its owners. The balance between commercial benefit leveraged by conglomerates and public benefit is out of sight; the internet has turned into a claustrophobic hunting ground for politicians and businesses and even specific groups wielding unconstrained power. Tim Burners Lee, the inventor of the World Wide Web, expressed his disappointment at the current state of internet to Vanity Fair earlier this year with the following quote:

“The increasing centralization of the Web, has ended up producing — with no deliberate action of the people who designed the platform — a large-scale emergent phenomenon which is anti-human.” 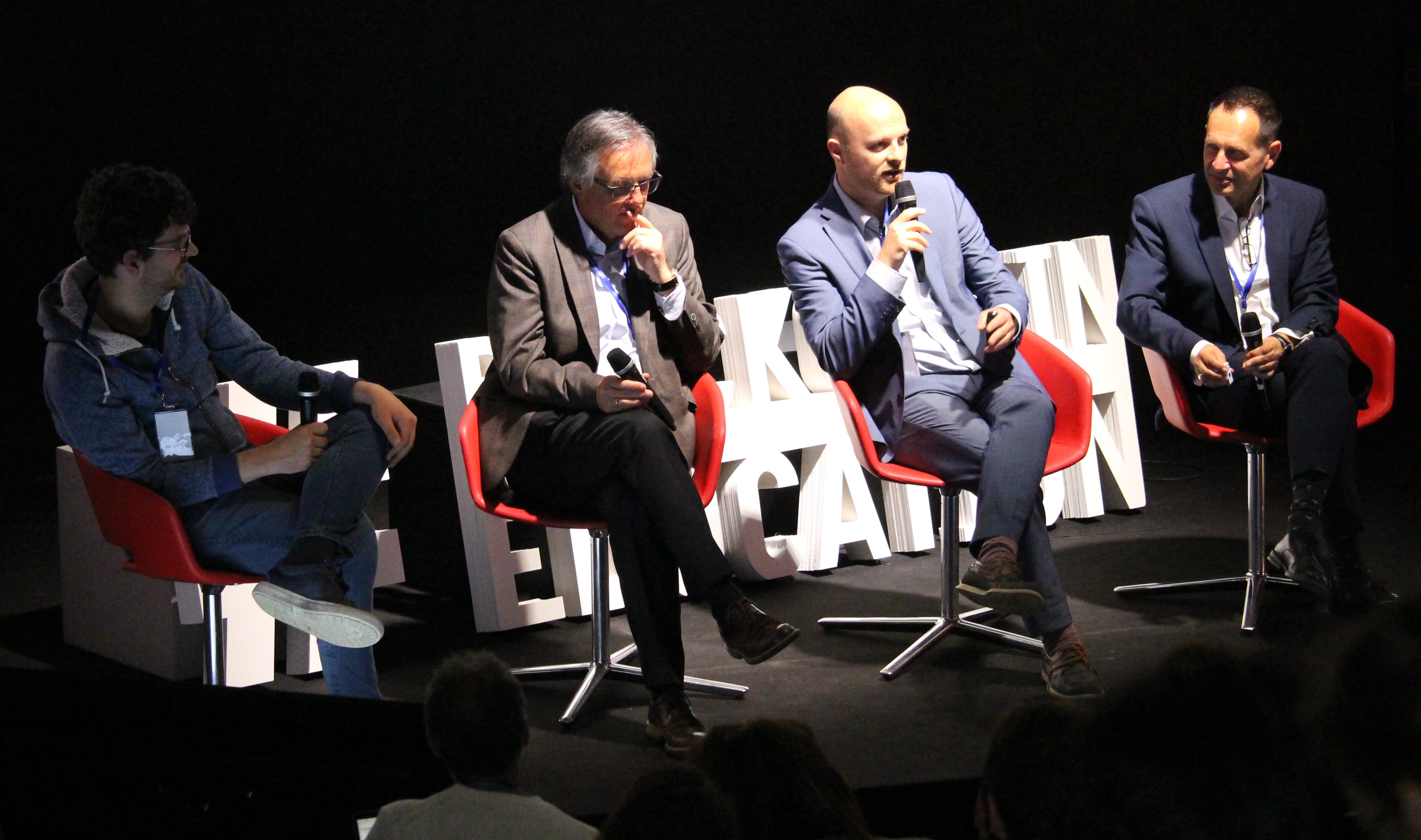 Solutions to the ‘Death of the Internet’ Era

Alex Grech, Wolfgang Prinz, Ruben Verborgh and François-Xavier Thoorens sat down on day one of the recent conference in Lille, France, on Blockchain, Open Education & Digital Identity to discuss the current state of the internet and what could be done to mitigate the throttling of its potential. Alex talked about the rise and fall of the internet from its ability to unite masses to massive scandals like mass surveillance and the Facebook and Cambridge Analytica debacle, to our obsession with ‘likes’ on social media and internet influencers.

“The internet has become the behemoth of the ‘big four’ – the old silicon valley four of Amazon, Apple, Google and Facebook). Can blockchain technology really take us out of this echo chamber and death of the internet as we currently know and use it into internet 3.0, and a future where monopoly is rendered impossible?”

Ruben Verbogh responded saying he believed blockchain and the internet had completely different goals and operating mechanisms, with decentralisation being the only commonality. Hence, they shouldn’t be confused with each other. He highlighted the significance and need for giving users back the control of their data. Solid, a web decentralization project spearheaded by Tim Burners Lee and MIT is an attempt to change the way data storage and privacy are handled over apps on internet. Ruben Verbogh, who is directly involved in the project, believes that Solid offers a way to re-decentralize the web and at the same time encourage innovation by decoupling apps and storage.

So, what is Internet 3.0 and can it mitigate the current slide towards the ‘death of the internet’ and why does the conversation on the internet intersect with blockchain technology so very often?

There is no definitive answer. The subversive nature of both blockchain technology and the internet (at least how it was intended to be used) could be one response. One of the most accurate definitions of Internet 3.0 was brought forward in a UK PC Mag article in 2017. “Internet 3.0 will be defined by ‘collective intelligence’, where the next generation of applications, data, concepts, and people are connected by an unmediated fabric where you don’t need a trust broker like a bank or tech company in the middle to ensure privacy and security“.

According to Wolfgang Prinz, Blockchain is encouraging the discussion about the need for a me-centralised digitization to evolve into a ‘co-centric digitization’ where people can establish trust in a network and work together. It is important to realise that setting up a blockchain network is more multifaceted than setting up a network based on the internet due to the legal and regulatory considerations that need to be taken into account. Central to this discussion is the notion of ‘identity’.

The most recognizable use cases of blockchain technology are in the world of cryptocurrencies with no large-scale applications on the same level in any other sector. Tokenization of digital assets such as educational credentials in the form of certificates, badges and so on, certainly holds promise. Blockchain assets and token-based networks are capable of creating defiantly new business models, dis-intermediating current service providers enabling new decentralized applications, and lowering the cost and time involved in using existing products and services.

However, it is vital to remember that blockchain is not a good mass storage system yet due to the huge costs involved. The concern about its scalability is valid and, as of now, remains one of the most significant barriers in the re-decentralization of internet. Blockchain technology could, in theory, work in tandem with the internet which would then give rise to a completely new user-centric ecosystems, but there is a long way to go. The lack of regulation and laws linked to blockchain technology along with public apprehension are aspects that need to be sorted out before it becomes mainstream.

John Evans at TechCrunch compared the growth of blockchain technology to the growth of Linux operating system instead of the internet. Although Linux could not achieve the mass user adoption that the Microsoft operating system achieved despite its obvious superiority, it still made its way into the mainstream, albeit in a discreet way as the foundation of Android.

There is a possibility that blockchain technology might follow the same path and become one of the many choices that users have in the digital future by seamlessly disappearing into the background. One can guardedly envision a future where an interwoven network of different blockchain across sectors, supported by government, could come together resulting in a decentralized ecosystem that is sustainable in the long term.

Following on from the Lille conference, The Commonwealth Centre for Connected Learning (3CL) is hosting a conference on Post-Truth Society, 10-11 October, 2019, in Valletta, Malta. If you would like to be part of the discussions on shaping strategies to mitigate the post-truth era, join us in Malta, 10-11 October for the 3CL conference – Post-truth Society: Implications, Resistance & Collective Action. Find out more and register here. Early bird registration closes 31 July.

Blockchain to Mitigate the ‘Death of the Internet’?